25% OFF ANY TRAINING – USE CODE: PROTIME 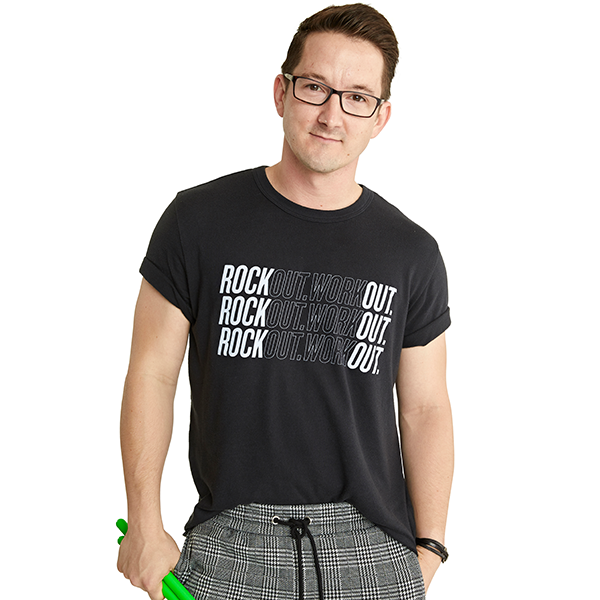 Daniel Shattuck, a New Mexico-based ICON, fell in love with POUND in 2014 after just one class and became a Pro a few months later in 2015. He loves to infuse his classes with a little humor and extra challenges to keep participants on their toes. Daniel firmly believes in the power of helping others tap into their Inner Rockstar and fosters a community-focus in his classes.  In addition to serving as a POUND ICON, Daniel is an anthropologist and public health researcher working to help reduce health disparities for vulnerable populations in New Mexico.

What are your 3 earliest memories?
Going to the library after school.

Being terrified of leprechauns. My parents had to put up a sign that said “No Leprechauns Allowed.”

Playing with my imaginary friend that I still to this day swear was a real kid that lived next door.

If you could have dinner with anyone from history, who would it be?
Not necessarily a historical figure, but my great grandmother. She was an important figure for me growing up, but it would be wonderful to catch up with her as an adult. I’d love to ask her about all the historic things she lived through and about our family history.

If you could choose your own Rockstar nickname, what would it be?
“D” – friends have called me “D” for a long time and I feel like it’s a fitting Rockstar nickname for me. Simple. To the point. Easy to remember. But also leaves a lot of room for interpretation. What does it stand for? Danger???

What activity do you do that makes you feel most like yourself?
Cooking. Especially elaborate recipes that I’ve never tried before. Or crafting or drawing. Both get me out of my head and focused on a task that requires some letting go – just trusting that it’s fine if whatever I’m making ends up on “Nailed It.”

What is the best piece of advice you’ve received?
Be yourself. It sounds cliché, but it’s the truest advice I’ve ever received. It’s impossibly hard and incredibly simple to do.